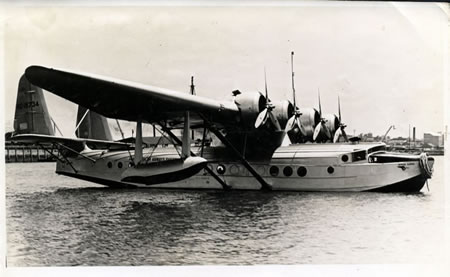 Our Group was formed in July 1981 for boys who wanted to go to Scouts  but also had an interest in Air Activities.  It began with one troop and the interest was so great that a second troop was started the following term.  They met at the Bucklands Beach Primary School Hall . By the end of 1982 our Venturer Unit formed.

Our Cub Pack was formed in 1983 and they met in the Old Bucklands Beach Yacht Club and rapidly outgrew there and moved to Pigeon Mountain School.

Our Kea section formed in 1986 and they also met in the Old Bucklands Beach Yacht Club.

In 1991 we commenced the building of our own Den at Pigeon Mountain Reserve and in May 1992 all Sections began the 2nd term in our new Den. For the first time the entire Group was able to meet in the same place and we were able to store all our gear in one place as well.

We named the Group Captain Musick Air Scouts because Bucklands Beach is on the Musick Point Penninsular which was named after Captain Edwin Musick who was a Pan Am pilot. He made history by flying his Sirkorsky S42B Flying Boat to Auckland in March 1937.